Have you heard that the second largest administrative building in the world after US Pentagon is located in Bucharest, Romania? And it could be seen from the moon. This is the Palace of Parliament or the People’s House, located in the center of Bucharest. It takes about 6 hour drive to reach the capital of Romania from Sofia. If you feel like, Veliko Tarnovo or Ruse are nice cities in Bulgaria to visit on the way.

When in Bucharest, beware the traffic because it seems everyone is in a hurry. We recommend to visit the Old town and the Palace of Parliament. You will most probably need reservation in advance for the Palace of Parliament as there are many tourists interested in visiting it. Bring your ID card or passport and enjoy the luxurious palace of Ceausescu. If you manage to forget the crimes against society and focus on the architectural and design side of the story, you will be fascinated.

Walking on the small streets you meet street musicians and artists. Stop for a drink and enjoy their music/art. Village museum is another interesting sight in the local. If you are interested in the lifestyle and traditional architecture in the near part, visit this museum.

A masterpiece is the Fountains show. At 9pm local people and tourists take their seats at Union Boulevard waiting for the show to begin. The fountains were the brainchild of Nicolae Ceausescu, Romania’s Communist dictator from 1965 until 1989. Romanians let the foundations run dry, some clogged with rubbish for most of the country’s 30 years of democracy. Things changed in 2018, however, when the local municipality spent 9 million Euros to repair them and launched the Symphony of Water. Thirty years after Ceausescu’s death, Bucharest summer nights are an explosion of music and light. The city is worth a visit, isn’t it? 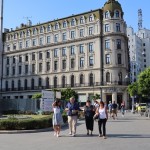 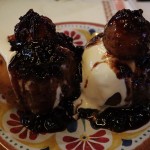